This is the first para of the song.

The movie udta punjab is about drug addicts. If you co-relate the song with it, it talks about the fear that a drug addict faces while trying to get over his/her addiction.

The para mentioned above literally means that the person is walking in the dark and s/he hears voices from the back calling to him/her. Which refers to the drug cravings the person has.

Refers to the patients inner voice telling them not to go back to the state they were before, and walk towards betterment of self. The patient tries to avoid looking at the scary dark faces (his cravings) calling out to him. As he’s trapped between trying to walk away from the craving and giving in to his desires, his destination laughs at him(mocking him that he’s a failure) 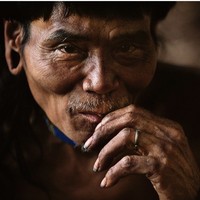 It clearly means fear and it’s the kind of fear that only an addict or someone who does drugs can understand, who has done drugs and knows how it feels when you crave for it and didn’t get it or if you are trying to control the urge. And Tbh it kills when you don’t get it (stuff) at that time Dar dass leta hai..and when you get it it just brings a smile to your face. Nasha khatam khusi khatam

I am listening to this song right now, this song meaningful