Tell me what do they call you?
Where are you running off to?
Oh, could you tell me?
I found you kept away in this garden

But this is my fate
Don’t smile on me
Light on me
No, I can never take another step to you
Don’t have a name to call me by anymore

You know that I can’t
Show you me
Give you me
The weaknesses that I hide you can never see
I wear a mask again so I could see you
But I still want you (want you, want you)

And I’m so afraid
That in the end, you’ll leave again
I know that it’s pathetic, what was I to do?
I wear a mask again so I could see you

It all starts in a city/village north of Italy (15th/16th century). And in the village, is a small isolated castle, and in the castle, was an ugly guy. No one knows anything about the guy. This guy was so ugly, that he had to hide in the shadows. He came from a powerful family, but he was shunned away. He eventually fell in love with the gardener’s daughter. The only thing that gave him joy, was gardening. But one day, a girl came to the man’s garden/hiding place and stole flowers. The guy was furious and spied over his flowers at night. Then, she came back and stole some more flowers.

It kept on happening for a few days until the man got curious and at night, he pretended to sleep. He saw the girl again, but this time, when the girl left, he covered himself with a blanket and followed. By following her, he found out that she was poor and ill and the only way for her to survive was to sell the stolen flowers.

Seeing her like this, he wanted to help her out in every way. But he was too afraid that she would be scared of him. He could only keep on growing flowers. He suddenly has the idea to create a non-existent flower, that she could sell at a more expensive price. After several tries, he finally created the perfect flower. He was excited, he planted them and grew many of them. He waited for the girl, but she didn’t come. No matter how long he waited, she didn’t come. Then he went looking for her, but he realized what happened.

What is the meaning of The Truth Untold of BTS? 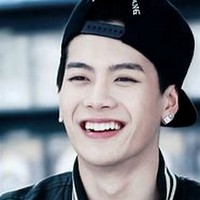 Most people don’t look for the meaning behind the lyrics of music. I did though. The meaning of these lyrics is that ARMY doesn’t know what goes on with BTS off camera. They don’t know their true looks and true feelings. They always put on a “mask” for us because they don’t think that the love will stay if they show their true selves. The song has a lot of meaning in it. If you listen to the song closely, you will see the meaning behind the lyrics.