The Lady Is a Tramp lyrics

the lady is a tramps lyrics meaning

“Lady is a Tramp” is a show tune from the 1937 musical Babes in Arms and is sung from a female perspective. (The popular song “My Funny Valentine” is from the same show and sung by the same character.)

The lyrics poke fun of New York high society by portraying a strong, independent woman with her own priorities in life. She has no interest in bothering with social rules, frivolity, or keeping up with appearances. Thus the wealthy stereotypical socialites dismiss her as a tramp (a bohemian or low class person).

The original lyrics are more explicit than subsequent versions and have dated references to the New York City culture of the mid-1930s.

It is also featured in the 1944 musical film Two Girls and a Sailor when Lena Horne makes a singing cameo appearance.

Today the most popular version is that of Frank Sinatra. In this version (and others featuring male singers) he is defending the woman for being unconventional and sticking to her guns. Sinatra originally sang the song in the 1957 movie Pal Joey. He sings it to/about Rita Hayworth who sees it first as sarcastic and later as a compliment.

Here is a version with the original lyrics sung by Ella Fitzgerald.

“Tramp” also means a low-class or promiscuous woman. A classy, fashionable woman would eat dinner at eight, arrive late to the theater, pretend to be nice to people she hates, go to fancy parties, and so on, but she won’t do those things. She is therefore dismissed as a “tramp” by people in high society.
Steve Fahnestalk 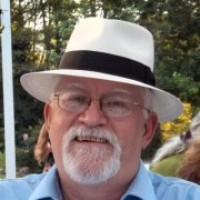 the above  answers say, she’s not a high-society type, and so the singer calls her a “tramp.” I disagree with the answer that says “she’s a bitch.” The song may be too subtle for that particular answer to fit. The version Sinatra came up with, “the lady is a champ,” is also not a fit—he’s missing the subtlety inherent in the song.

But, hey—it’s Sinatra; he got away with a lot, because he was a marvelous interpreter of songs for the most part.